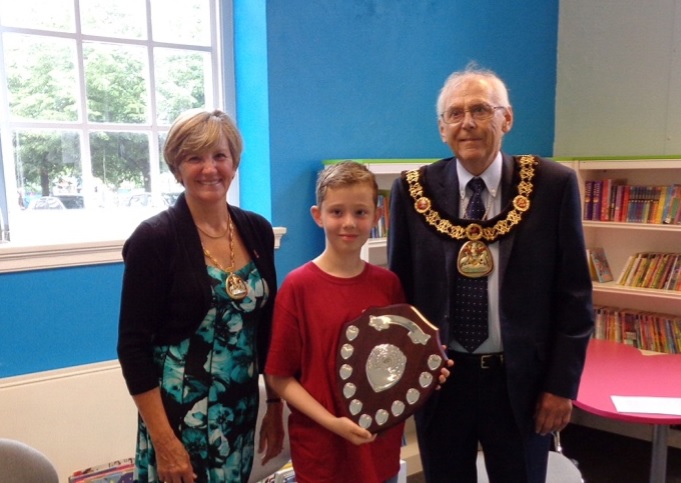 A poem by Thomas Hough aged 10 with the title “Here I Am With No Escape” has won for St Barnabas School Tunbridge Wells the Jeffery Hale Shield  for 2018-2019 and a £300 cheque.
Four local primary schools - Claremont, the Wells Free School, Kent College Prep and St Barnabas had responded to an invitation by the Friends of Woodbury Park Cemetery  to write poems on the theme “Rich and Poor”.  Together with their parents, the children whose poems had been selected for entry by their schools crowded into Tunbridge Wells Children’s Library on Saturday morning to receive  Jeffery Hale Achievement Award badges from Mayor Len Horwood and to learn which school had won the top poetry award.

Commenting on the competition, Barbara Ling, one of the judges, said “It was really hard making our choices. We were very impressed by the thoughtfulness and feeling put into their poems by these children whose ages ranged from five to eleven years.  We particularly liked Thomas Hough ‘s poem because he captured so vividly within rhythmic form the despair felt by a child confined in the workhouse”.

Well done to Romany, Emily and Liam who were also winners.